Why Haven't I Ever Heard of Biotoxins, Neurotoxins or Biotoxin Illness Before?

You probably have heard of it, only it was called something else like Chronic Fatigue Syndrome (CFIDS), Fibromyalgia, Chronic Lyme Disease (CLD), Mold Illness, or ADHD (see "Other Names for Biotoxin Illnesses" below). The discoveries and the science behind how biotoxins and neurotoxins are involved in these illnesses and disorders is fairly new. The goal of this site is to provide information to both patients and physicians, to increase awareness regarding causes of Biotoxin Illness and highlight new clinical treatment discoveries.

In the few months our new site has been up, we have reached many people, mainly in the United States and Europe. Many MD's are adopting Dr. Shoemaker's protocols and we are working on providing formal training for those individuals. Biotoxin Illness is still controversial and we are working to publish new peer-reviewed papers that can start to change the way doctors currently think. In the meantime, patients must continue to advocate for their rights and pursue the treatments that they feel are best for them. Ritchie Shoemaker, MD presented some fairly recent Chronic Fatigue research and treatment findings at The International Association for Chronic Fatigue Syndrome conference held in Fort Lauderdale, Florida in January of 2007. We have also just completed a soon to be published ground-breaking study on the health effects of mold exposure. Many progressive doctors around the country endorse the use of our on-line BIRS© test and the cholestyramine-based treatment protocol pioneered by Ritchie Shoemaker, MD. Remember though, that medical advances are ultimately driven through peer-reviewed publication in medical journals. These studies are expensive and time consuming and our recent peer-reviewed publications will help advance these discoveries into mainstream medicine. Many more doctors are becoming aware of biotoxins and the role they play in chronic illness.

That said, many leading experts in mold illness and exposure, chronic fatigue syndrome (CFIDS), fibromyalgia and Acute or Chronic Lyme Disease (CLD) are familiar with, and use our screening test and cholestyramine protocol. For example, Dr. Jacob Teitelbaum, Chief Medical Officer of the Fibro and Fatigue Center Clinics, has included a chapter on Dr. Ritchie Shoemaker's biotoxin discoveries and how they relate to CFIDS and Fibroymylgia in the updated revision of his book titled From Fatigued to Fantastic!, which was published in 2007. Additionally, Dr. Shoemaker testified about the human health effects of mold exposure for the US Congress in January of 2006.

Biotoxins play a large role in Chronic Lyme Disease (CLD) and our Research in this area is recognized by many preeminent Lyme Literate MD's (LLMD's). A recent presentation summarizing the role of biotoxins in Lyme Disease was given by ILADS member Eric Gordon, MD and is available by clicking here . Another example is found in the monograph Diagnostic Hints and Treatment Guidelines for Lyme and Other Tick Borne Illnesses , published in 2005 by Joseph Burrascano, MD, (click here for the webcast of Dr. Burrascano speaking about Neurotoxins/Biotoxins in Lyme Disease. He acknowledges that:

"Two groups have reported evidence that Borrelia, like several other bacteria, produce neurotoxins. These compounds reportedly can cause many of the symptoms of encephalopathy, cause an ongoing inflammatory reaction manifested as some of the virus-like symptoms common in late Lyme, and also potentially interfere with hormone action by blocking hormone receptors. At this time, there is no assay available to detect whether this compound is present, nor can the amount of toxin be quantified. Indirect measures are currently employed, such as measures of cytokine activation and hormone resistance. A visual contrast sensitivity test (VCS test) reportedly is quite useful in documenting CNS effects of the neurotoxin, and to follow effects of treatment. This test is available at some centers and on the internet.

It has been said that the longer one is ill with Lyme, the more neurotoxin is present in the body. It probably is stored in fatty tissues, and once present, persists for a very long time. This may be because of enterohepatic circulation, where the toxin is excreted via the bile into the intestinal tract, but then is reabsorbed from the intestinal tract back into the blood stream. This forms the basis for treatment."

Other Names for Biotoxin Illnesses

There are many syndromes and 'catch-all' disorders being diagnosed each day. Unfortunately, many doctors are unaware of the role that biotoxins and neurotoxins can, and do, play in these illnesses. At best, they can only attempt to treat symptoms. Our body of Research and clinical experience has shown that a large majority, if not most cases of Chronic Fatigue, Fibromyalgia, Multiple Chemical Sensitivity, Sick Building Syndrome, Mold Exposure, Chronic Lyme Disease, Estuary Associated Syndrome, Ciguatera, and Pfiesteria all involve neurotoxins/biotoxins. The list of biotoxin related illnesses is growing as Research progresses. Fortunately, these are all treatable. 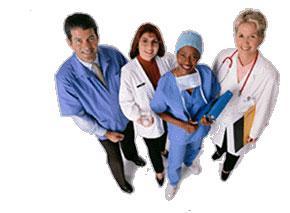 What is Biotoxin Illness?

Biotoxin and Neurotoxin Illness is caused when a person is exposed to specific toxins. Once exposed, susceptible individuals are unable to clear the toxin naturally, and that sets in motion a biochemical chain reaction called The Biotoxin Pathway, which disrupts normal processes in the body and results in a disregulation of the innate immune response. Biotoxins are found in the world all around us. For example, exposure to invisible mold spores and mycotoxins are one common source, but there are many other organisms in our environment that are known to produce biotoxins. Once this disruptive cycle continues long enough it often results in disabling fatigue, problems thinking or remembering things, depression, lack of motivation, problems sleeping, mood changes, neurological symptoms, and a long list of other possible symptoms due to biotoxin or neurotoxin exposure. Since each person is biochemically unique, the symptoms can be somewhat different for each person. Until now, this had made diagnosis extremely difficult. There is good news. Our published research has led to an on-line biotoxin screening test, which analyzes the combination of your reported symptoms along with the results of your eye screening (VCS) test.

How do I know if I have Biotoxin Illness?

Have you been feeling sick but your doctors can't seem to find anything wrong? Have you been diagnosed with Chronic Fatigue Syndrome, Fibromyalgia, Lyme Disease, or Gulf War Illness? Have you been in a water damaged or environmentally sick building (often you can't tell until you are sick)? Are you more tired than normal? Do you have problems thinking, remembering things or with word recall? Are you unmotivated, depressed or have unusually high levels of anxiety? Do you have problems sleeping? Do you have tingling or twitching or other central nervous system symptoms that can't be explained? If you have one or more of these unexplainable symptoms, you may have been exposed to a biotoxin. Our Research in biotoxins began almost 10 years ago, and during that time we have treated over 5,000 patients with Biotoxin-related Illness. Our cutting-edge work has led to the development of an a brand new on-line screening test which can be completed in about 20 minutes.

The above visual shows the results of a a PLS analysis that used symptoms, VCS test results and selected labs to compare Control patients with Mold patients. The different clusters are readily apparent in multispace. This new screening test has incorporated some exciting new features and represents a large improvement over the older (VCS only) online screening test. The new test offers trending of all results, which is very useful in monitoring treatment progress or re-exposure. In addition, this new test, which will be published soon in Toxicology, analyzes both symptoms and eye test results in an advanced analytical model to determine a Biotoxin Illness Risk Score (BIRS). This model predicted Biotoxin Illness within our dataset with greater than 99.95% accuracy. Our study indicated that individuals who failed the BIRS screening test had a greater than 96.5% chance of having two or more abnormal blood test results, and a 83.8% chance of having 3 or more abnormal blood test results. Many patients had 5 or more abnormal blood tests. Since this science is so new, most doctors don't know to order these laboratory tests yet. Until now, that meant that sick people stayed sick.

Office Hours
Get in touch